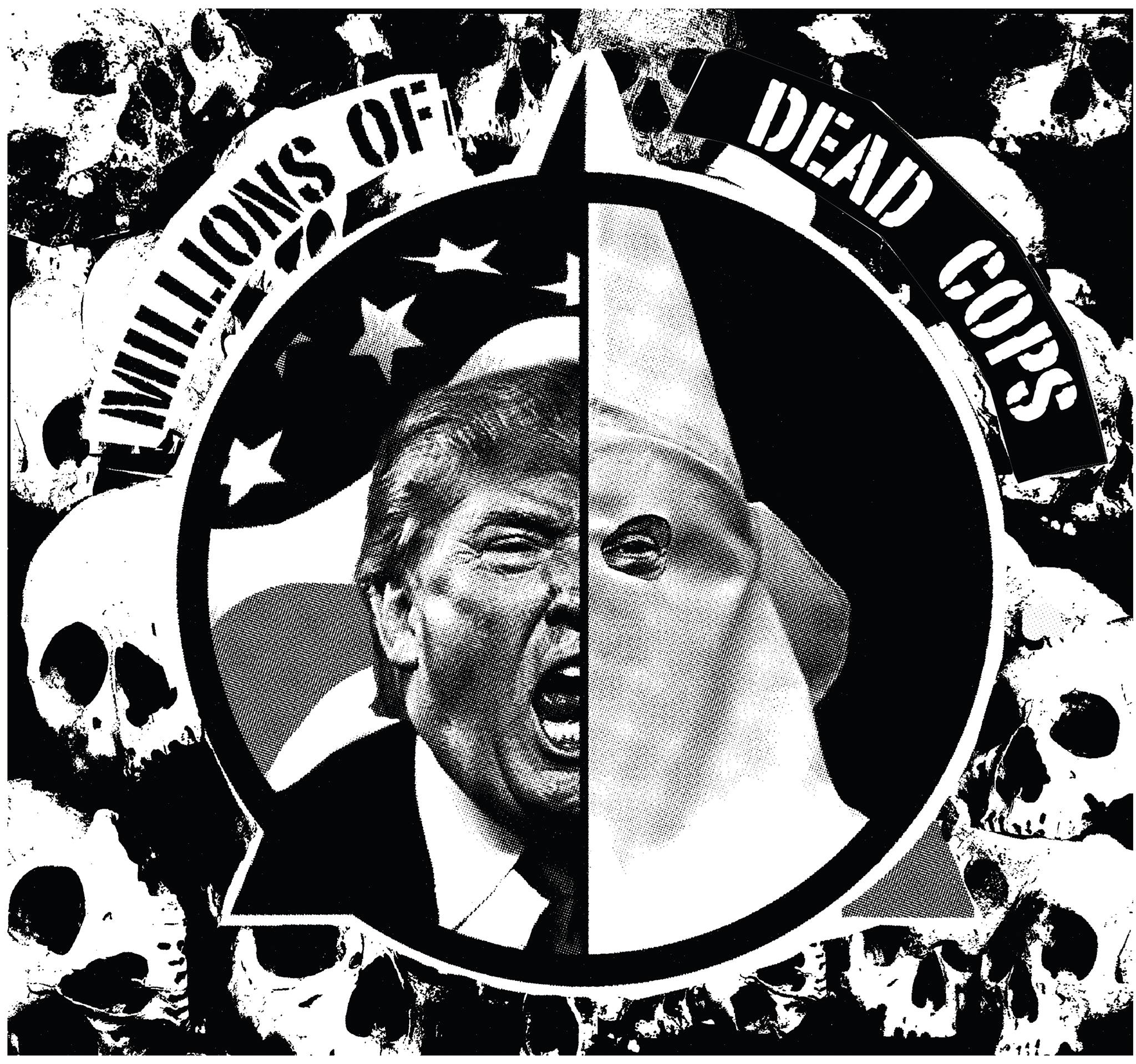 MDC embarks on „One World, One Country, One People” Tour 2017. We’ve been this band with a philosophy we learned through native Americans. That of seeing the earth as Mother Earth and Father Sky. All the animals are sacred to us, as all life is sacred. We try to be humanist and loving and giving.
In the United States it is not any where near that as Social Welfare and Healthcare and other programs for people’s well beings are being cut by greedy greedy very selfish people. The war against democracy has started here. War against freedom is under way as well. And the continued war against animals is heightening.
We stand and make music for people of good heart and intentions. We are proud to do it and we know it’s where we should be.
Noam Chompski says hold the line and Harry Belafonte urges to show up and both say they have seen even more brutal times in their lifetime. We support and love Elizabeth Warren(a lot). So together you people of good intentions and heart, we are you and with you. Our new album, „Mein Trumpf“ will be out on CD for this year’s summer Euro Tour on Primordial Records from the Netherlands. Then both Album and CD will be out for October/November USA Tour ( w Elected Officials and Antidon’ts). MDC back catalog still available on Beer City. Holland is way okay..

They started rehearsing in the concertroom of a squat in Ghent, Belgium. Four years later they’re still doing the same. Every bandmember brings his own influences into our sound. But things that unite them are definitely a love for Sepultura, an Anarchist view on life and stupid jokes.